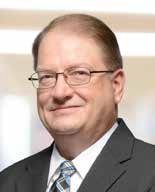 Joined the Company in 2018 as Chief Executive Officer. Prior to joining the Company, he was Chief Operating Officer (COO) of Walmart China (2016-2018). He has 41 years of professional career in international retailing of hypermarket and supermarket industries with a full complement of strategic and operational skills. He has developed his career with several key positions within Delhaize Group from Store Manager in 1989 to Director of Operations & Director of Logistics in 2011. He was also the COO of PT. Lion Super Indo (part of Delhaize Group) in 2004-2006, Vice President Buying/Procurement and Logistics in 2012 and President Director in 2012-2016. He is a graduate from Northeast Louisiana University, Monroe, Louisiana, US, majoring in Accounting.He was born in 1962. 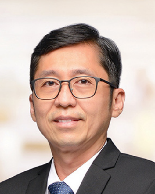 Indonesian citizen. Joined the Company in 2003. He started his professional career as a Senior Auditor at Prasetio Utomo & Co. (Arthur Andersen & Co.) in 1995-1998; Senior Consultant at Pricewaterhouse Coopers 1999-2000; Accounting Manager at PT Broadband Multimedia Tbk (KabelVision) 2000-2001; Associate Manager at PT Siddharta Consulting (KPMG) in 2001-2003. He is a graduate of Parahyangan Catholic University. He was born in 1972. 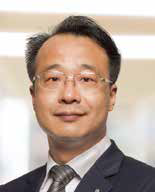 Joined the Company in March 2015 as Director of Boston Health & Beauty Operations. He has 20 years of experience in the retail industry and a prominent figure in establishing Watsons chain in Asia. Kyutae started his professional career in 1996 as an Assistant Manager and developed his retail skill while contributing to set the first store of Carrefour in Korea. He has assumed several key positions, such as Director of Carrefour and Watsons Korea (2007-2012) and Watsons Indonesia (2012-2015). He was born in 1971. 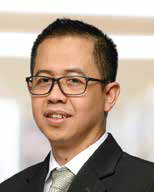 Joined the Company in August 2005 as Store Manager Hypermart. During the year 2006 -2016 he has occupied 4 different positions that are Regional Manager Store Opening, Regional Manager, Vice President Sales Development, and Vice President for Operational and Sales Development where it is increasingly his experience and career in retail, and in the end of year 2014 he served as Associate Director for Operational until beginning 2017, where he served as Hypermart Format Head. Before joining the Company he has 9 years working in retail at Ramayana for 3 years and Carrefour for 6 years with last position as Store Manager. He was born in 1974. 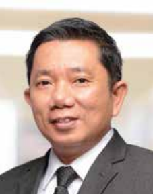 Joined the Company in 2018. He started his career in retail since 1994 at PT Lion Super Indo until 2018. During that time, he held several important functions in the area of store operation, merchandising, corporate communication and sustainability as well as procurement and logistic with latest position as Vice President of Buying, Logistic & Indirect Procurement. He was born in 1969. 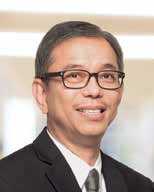 Joined the Company as Head of Management Information Systems (MIS) in 1988. He was appointed as Head of Store Operations Supermarket in 1999 and Chief of MIS since 2002. He was born in 1960. 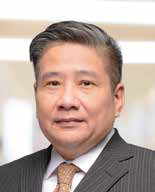 Joined the Company in 1996. His career in the Company has grown from Senior Manager Investor Relations and Public Relations to the present position. He has been working in this role since 1996. In 2014 he was appointed as Corporate Secretary.He started his professional career in PT Duta Pertiwi as Treasury Senior Staff (1994-1996). He was born in 1969. 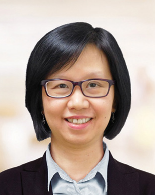 Joined the Company in 1994-2011 and from 2019 until now. She started her professional career in the Company in 1994 as a Senior Recruitment Officer, then moved up to several important positions such as Store Operation Specialist, Training & Development Manager, Organization Development & Staffing General Manager. During the 2011-2015 period, she continued her career at SOHO Group with several positions as Recruitment & Selection Division Head - SOHO Global Health, Organization Development & Talent Management Division Head - SOHO Global Health and Human Capital Development & Public Affairs Director - PT Ethica Fresenius Kabi (subsidiary SOHO Group). In the 2015-2018 period, she served as Human Resources & Organization Development Independent Consultant. Since 2019, she has returned to the Company as Human Capital Development Vice President. She has a Bachelor of Psychology from the University of Indonesia (1994). She was born in 1969. 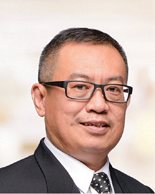 Joined the Company in 1991, graduated from YKPN Yogyakarta College of Economics with educational background in Accounting. He has experience in compliance audits, store operational management audits, indirect procurement in the retail business for the provision of the project and maintenance section of the Company and previously at PT Matahari Department Store Tbk. He was born in 1968.